So this week, I spent a bit of time traveling Hwy 290 from Austin to Houston (Conroe, Texas to be exact) to see my wife’s family and to pick up our boys from a much needed vacation.

As we traveled, a few things jumped out to me in regards to businesses and their use of domains on billboards, and their business offices and signage.

Traveling round trip, I saw quite a few billboards, and business offices and signage with domains plastered on them.  I’m left thinking that some business owners get while others are simply burning marketing dollars.

I won’t cover who doesn’t get as I’ll be writing until the cows come home and some. However, I do want to share some thoughts I had about the following domains I saw that intrigued me.

Hats off the business owners and their use of such great domains to build their business and future upon.  They get it!

Just outside of Austin heading East on 290 passed Manor, Texas, you’ll pass buildings with “austinuts” plastered on the front and side in HUGE letters. You can see these letters from good distance too as you approach, drive by and past austiNuts facilities.

My first thought is that the signage said “AustinNuts” until I really inspected to see that there is ONE “N” and not two.

I like the name and their signage although they didn’t include “.com” on any of the buildings. I simply guessed and got it right.

Taking a Paige out of my domain notes

Continuing East on 290, you’ll have to pay attention to this next city or else you’ll miss it blinking or sneezing. This small and quaint city I speak of is Paige, Texas.

I was quite impressed by the small business owner that named his tractor business and used the domain name PaigeTractors.com. Great choice for the domain!

With local search playing quite a big role in search marketing, when anyone in or near Paige, Texas searches for Tractors, PaigeTractors.com is sure to be the first choice.

Rural areas use domains to drive business too

As we’re leaving Dobbin, heading East on 290, a big billboard caught my eye with big white letters spelling out the phrase “Rural Property Loans”. I wish I would have taken a picture, but I was driving, and wanted to keep myself and others safe.

Nevertheless, I noticed in the lower-bottom right of the billboard the following domain written at a third of the size of the aforementioned phrase: TexasFarmCredit.com.

As I passed the billboard, I’m convinced that TexasFarmCredit.com is decent domain name. It covers the entire state of Texas, and includes “Farm”, a rural keyword. As for the “Credit” keyword, I think that “Loans” would have been more accurate.

When I searched for TexasFarmLoans.com, I see it’s owned and directed to a Pay-Per-Click Advertising or Parked Page. Then, I checked TexasFarmCredit.com and it too was directed to a parked page.

Let this one sink in for a minute. YES, this company’s domain expired and it is actively used on a double-sided billboard that’s next to a highly traveled HWY 290.

But back to the billboard text. I was more amazed that the phrase “Rural Property Loans” was not registered as a .com domain.

But don’t worry, it’s registered now. 🙂 I’m the proud owner of nearly 30 type-in visits a day in the first few days of ownership (NOT BAD, huh?).

And just as I figured, people are using the phrases, typing directly into a web browser followed by .com.

Nevertheless, I would hate being the person that allowed the domain to expire as well as the person authorizing the billboard using an expired domain they no longer own. EXPENSIVE!

UPDATE: THE BILLBOARD HAS BEEN UPDATED TO NOW USE CapitalFarmCredit.com (see image below). 🙂

I’m not a gun fan. Yes, I did own a gun at one time, but no longer as my wife, who grew up in a city named “Cut and Shoot, Texas” didn’t care for it. Imagine that. That’s all I’m going to say.

Nevertheless, we were headed to see the boys at her Dad’s place, and there’s yet another billboard of a business owner that gets it.

My smile was as wide as Texas when I saw the billboard read TexasGunShows.com. Short, easy to remember, and the domain says exactly what it is without question.

I applaud this business owner because there is not much business will be missed with using this domain name.

The shows are sure to be packed due to type-in traffic, search engine traffic and billboard traffic.

What a triple threat using this domain brings to one’s gun or show business (no pun intended).

Landing a big deal in Texas with this phenomenal land domain

As we headed back home to Austin, leaving Conroe, I saw yet another jaw dropping domain being used by a very smart real estate agent.

The business is named Jacobs Properties, yet they are using the domain name TXLand.com.  Did you catch that!?  Looks like they don’t even own their brand domain JacobsProperties.com.

Regardless, hands down, this is a phenomenal domain for real estate agents specializing in Texas land sales.

Although the domain is used primarily for land in the Conroe, Texas area, this domain could be transformed into a land buy and sell website for Texas statewide. So, Jacobs Properties is sitting on a goldmine with this domain even if they were to shut the doors.

Yet, here’s another thought I…

My initial thought was “TexasLand.com” was the more effective domain to use. That’s until I figured out that it was owned by Texas Land & Realty and registered to Mr. Dale Foster.

The domain looks to be hosted on a Windows Server that does not have an active site, rather the page is a Windows placeholder page.

Then on second consideration, “TxLand.com” is actually shorter than “TexasLand.com”.

This is big in helping people to remember the domain, although I would be interested in knowing which domains out of the two receive the most type-in traffic. 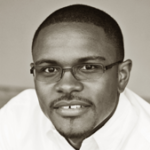